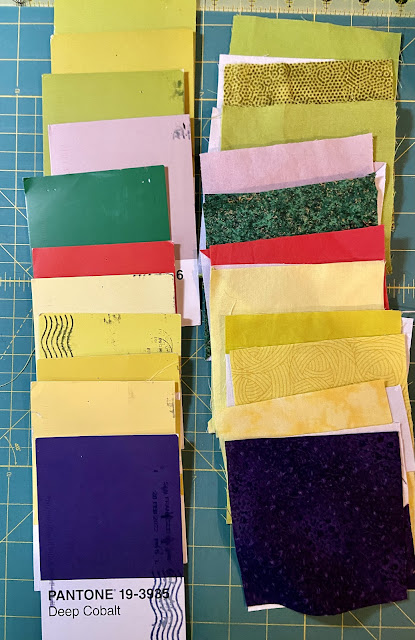 Time to play around with the Pantone Project once again. This is a picture of the cards I've received on the left and the corresponding color squares I've cut out on the right. 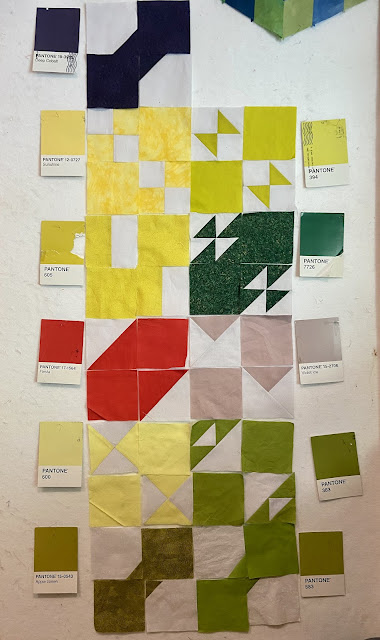 I still haven't sent or handed over the blocks I've made to friend Jaye (soon though!) so I've been pinning them up on the design wall all together along with the postcards pinned next to them. 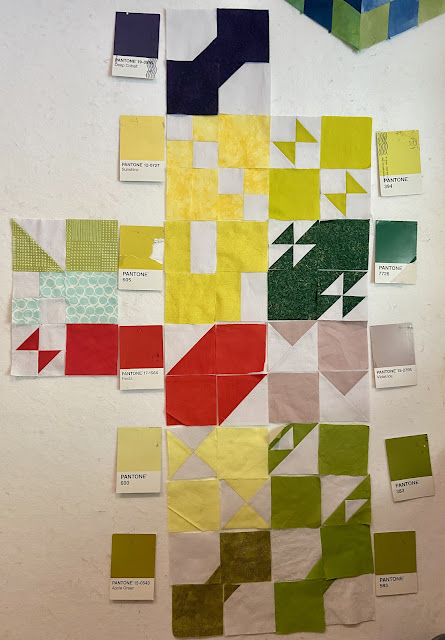 Here's how the same setup looks with the blocks that Jaye has given me, but it's quite hard to see the point of the project, with all of the cards in the way. They're not going to be on the quilt after all, right? 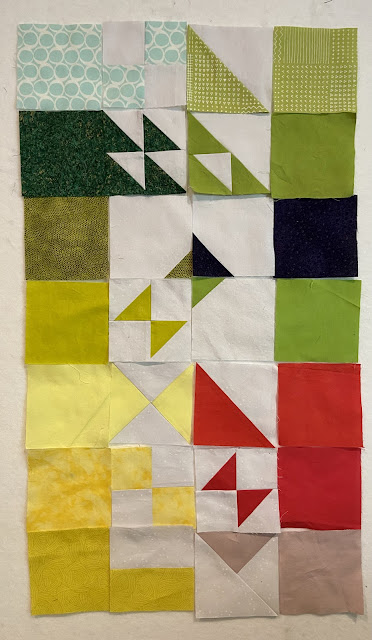 So, I rearranged everything, and here's how Jaye's blocks plus only one of mine look, with them next door to the corresponding colored squares. It's exciting to see a little more of how this project will end up looking. The colored squares are not necessarily going to be used in the quilt top, but might be a border, that's a long ways off though. 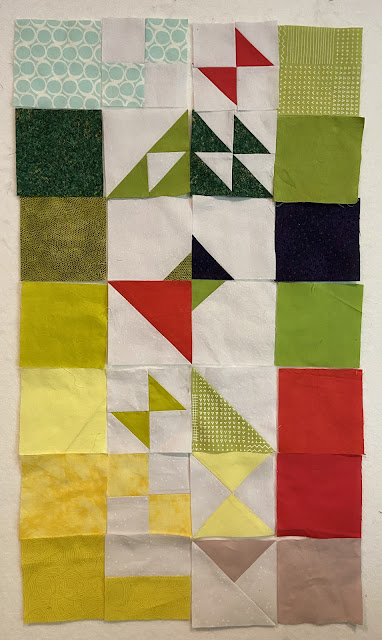 Here's how the blocks look a little bit more mixed up together. I really really like how this is going to end up looking. Definitely time for me to make some more blocks! I've got all the fabrics picked out and ready to start in on making them.
Posted by Julie Zaccone Stiller at 10/27/2022 10:22:00 AM

Looks really great. Once I started I began to have more fun. I do enjoy making blocks and these are like little snacks. I have made 12 blocks so far. I think I gave you 3 or 4?

LMK if you will be at Sew Day and I will bring you some more blocks. Let's talk about that block pattern (bottom right in beige/violet/ice?). It caused a conundrum for me.

I'm glad to hear you're enjoying making the blocks. Like little snacks is a great description. I am planning to be at Sew Day and will be giving you the blocks I've gotten done so far. Interested to hear about the violet ice conundrum.