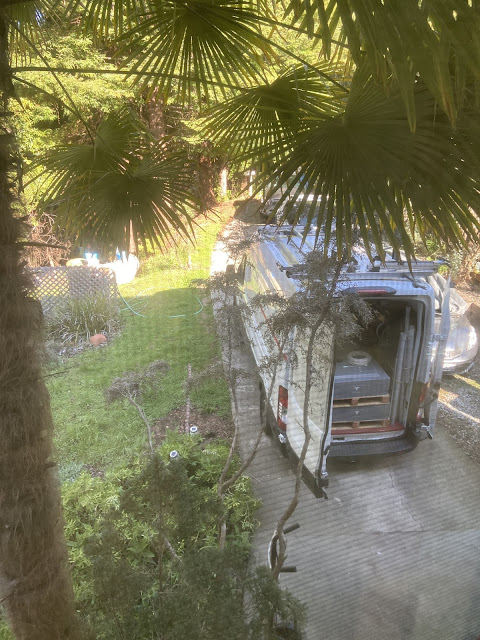 In completely non-high-fiber-content news, Tuesday was a big day around here. After months and months of being on the waiting list, our Tesla Powerwall install-day arrived. With all the power issues lately it seemed like a good idea. Hopefully it will be worth the money and we'll be able to not replace our refrigerator every couple years.
Here are the two Powerwall units in the back of the install van, in the two gray boxes. According to the labels they were made at the new facility in Sparks, NV that has the sort of hilarious name The Gigafactory. And of course the address is Electric Avenue. The second Gigafactory is up and running in Buffalo, NY. 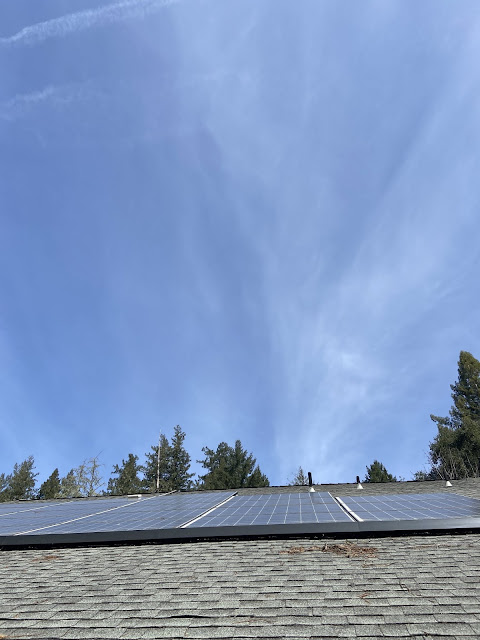 The original solar panels that we had installed in 2014 are going to be rewired along with the Powerwalls into a system that will result in us almost entirely running our house on solar power. Up until now, it only worked during the day as we had no storage capacity for the power produced that we didn't use. 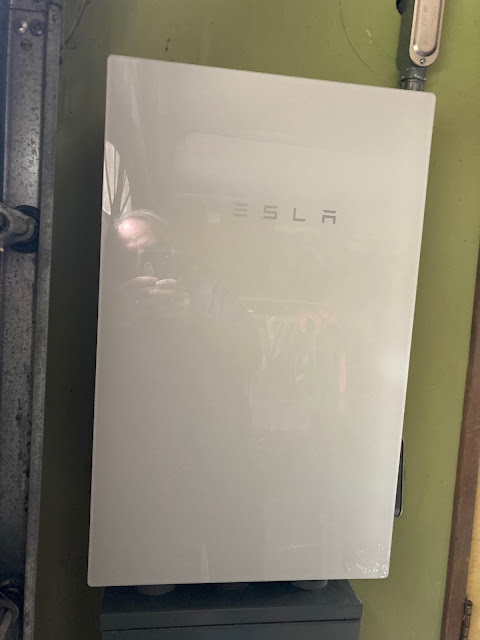 It only took the team a few hours to relocate our electrical panel inside the garage. This is officially the nicest, most expensive thing in our house now. Picture credit to my DH for this one. The glass surface of the power controller seems a bit over the top to me, and likely functionally necessary, but it is beautifully designed. Hopefully this glass is stronger than the armor glass in the Tesla truck. And yes, our walls in the garage are strange colors, it's all re-used paint from other parts of the house. The green is from DS's room, and the yellow door is the color that our kitchen used to be. 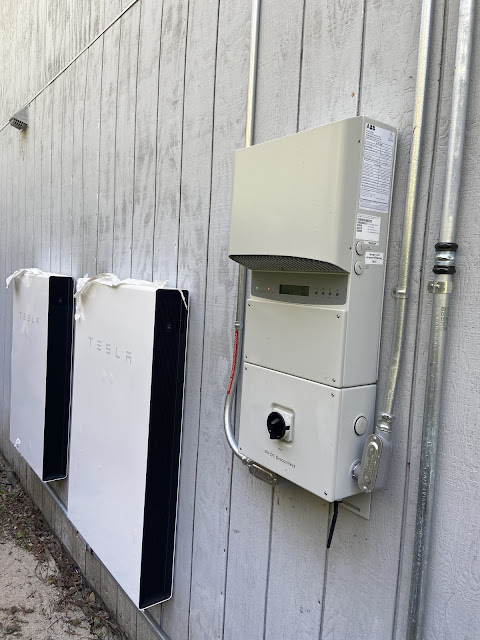 Here's what the Powerwall units look like on the side of the house next to our original solar power unit. There's some of that plastic sticky shrink wrap stuff still to pull off. My DH's plan is to construct some sort of a canopy over this area to protect it all from the elements although that isn't strictly necessary. On the black sides of the Powerwalls, it glows green which looks pretty eerie and cool at night.

But this is us right now, not drawing any energy at all from the grid, pretty wild, huh? We'll see how much net energy we produce and sell back to PG&E, mwahahaha.
If you want to look into getting solar, use my Tesla referral link and we'll both get some $$ back.

I want solar panels and the Powerwall!!! I am so thrilled you finally got yours. Watch out! I am going to call you some time and make you talk to me for an hour and a half. I feel so out of touch. How is it working? Though, I guess, you won't know until there is a power outage.

You should get them!! It's totally worth it. We're 99% self powered these days. I'll let you know about the PGE bill...