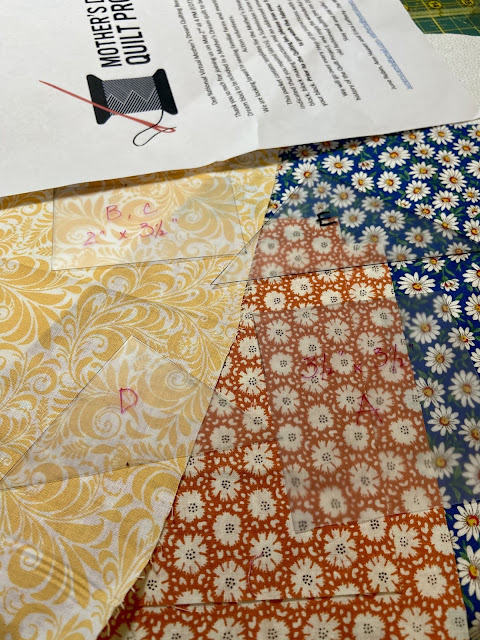 As part of my participation in Mom's Demand Action, I signed up to make some blocks for the Mother's Dream Quilt Project. They sent out packages that included fabrics and templates and instructions. 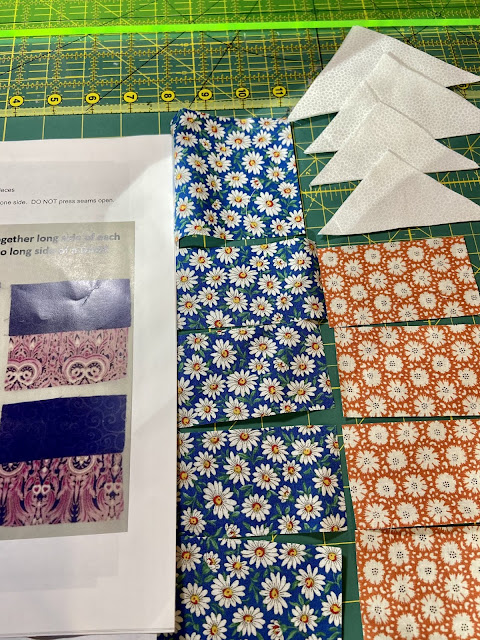 It's a pretty easy block with not too many parts. The templates were a little hard to use for the triangles, because I was using a rotary cutter and I'm used to rulers. 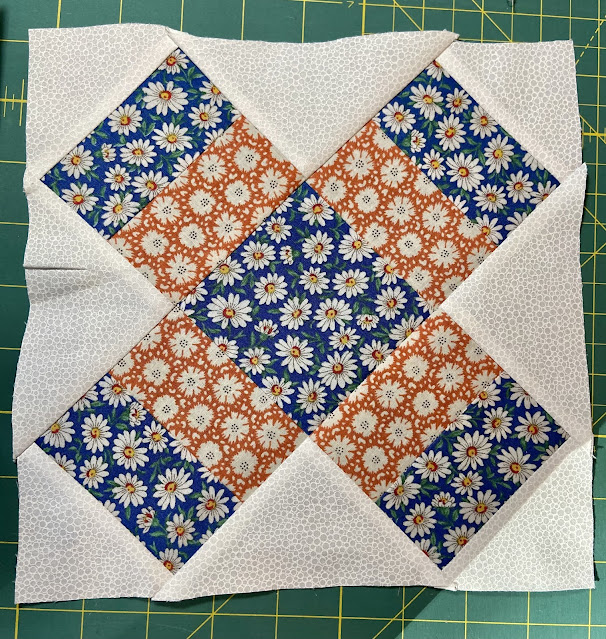 And >>>Voilà!  A Mother's Dream block. That's the name of the block according to EQ8 at least. For my next one, I'm going to cut out a square and then cut on on the diagonal for the larger triangle and then cross cut on the diagonals for the smaller ones instead of using the templates, I think it'll be a little more accurate.
We're to write something to go along with the blocks that we make detailing our dreams as mothers for our children to live in a country with more sanity around guns. I'm still working on mine. Each quilt that gets made in this project has a block made by a mother who has lost a child to gun violence surrounded by the blocks from all the other mothers. I really like the symbolism of that idea.
Posted by Julie Zaccone Stiller at 5/06/2021 10:24:00 AM