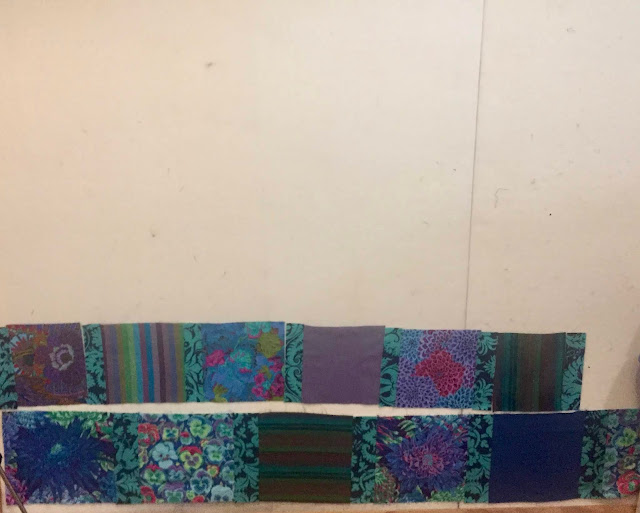 I started in on my Finish-a-Long list by working on sewing together the Kaffe Fassett quilt
I'm calling it Blue Squares (it's Red Squares in his book, Heritage Quilts) This is how it started, I only had one row sewn together but most of the other pieces cut out and sorted and labelled. (Wow, unusually organized for me!) 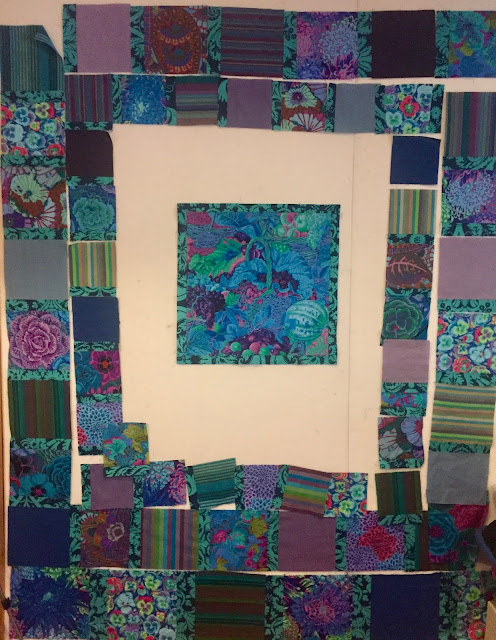 When I first cut this out at a CQFA retreat in 2017, I didn't have the central image fabric on hand. As I'm not following the fabric formulation exactly from the book, I did consider using something else entirely, but then I found it in the right color way. I like it a lot, the formality of the still life in the unusual colors is just great, very Kaffe, right? 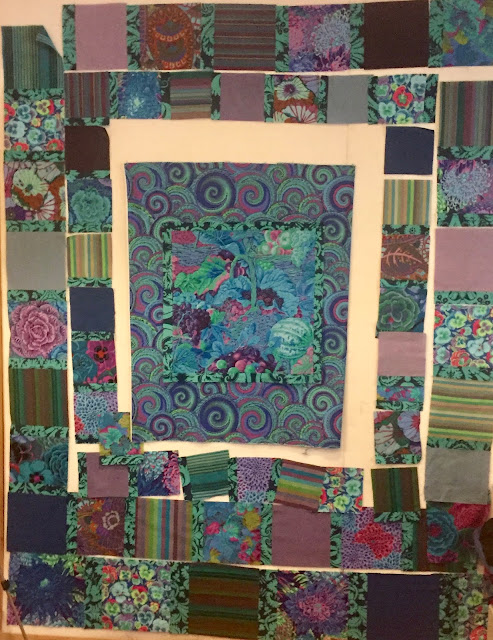 The border fabric I'm using is an Amy Butler print, and after putting that on the central square, I had to try out fabrics for the larger second interior border. I had the basket swirls fabric in two color ways and one other to try. Time to "Make Visual Decisions Visually". 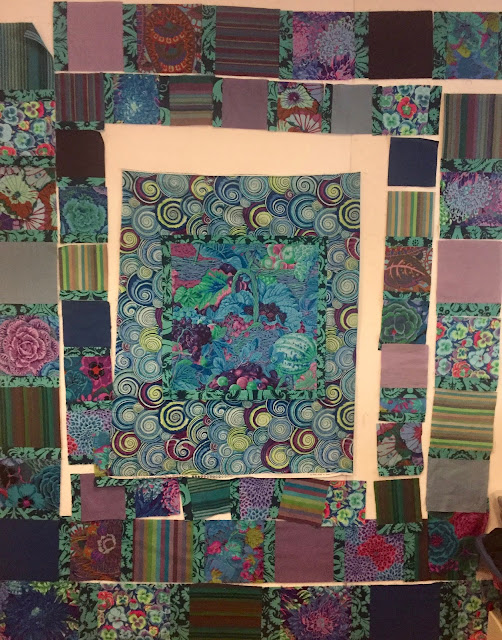 Here's the lighter color way of the basket swirls. I thought it was too light compared to the majority of everything else. I didn't want that much contrast at the center of everything. 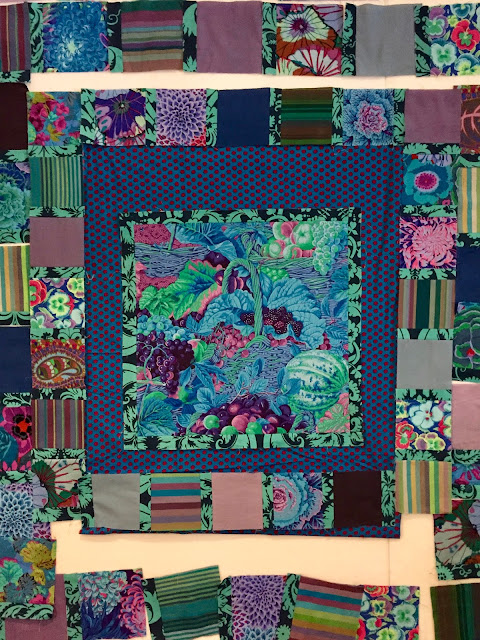 Then I tried this fuchsia/blue large polkadot, it's the right colors...mostly, but it doesn't go with the stripes and solids well enough. It fights too much. 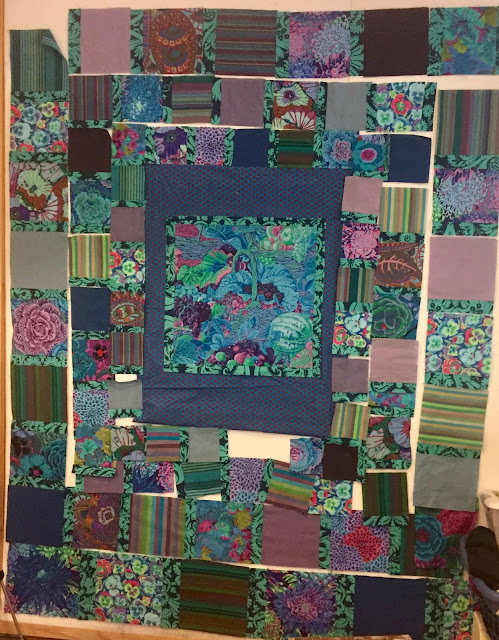 With it filled in more with the smaller squares, I really don't like that fabric as the large border, it jumps out as too different to the rest. I'm going with the first one, the darker basket swirls.
Now back to sewing all these squares together.
Posted by Julie Zaccone Stiller at 10/16/2019 02:19:00 PM

I totally missed - or forgot - that you were working on this quilt. It looks really great and I love the blue color way. The center is perfect. Is that a basket of fruit? It is hard for me to tell.

Thanks! Yes, it's a basket of fruit and a big melon and bunches of grapes out of the basket.