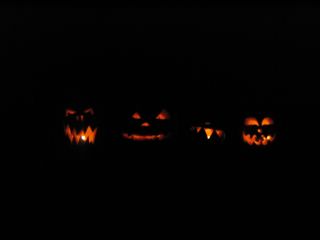 The Four Halloween Spooky pumpkins, it was a windy night, but they stayed lit! 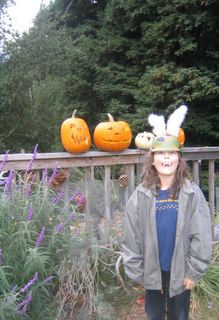 Dear Son Alex as a Vampire Army Bunny. (don't ask me, he made it up, I just drilled the holes in the army helmet!) 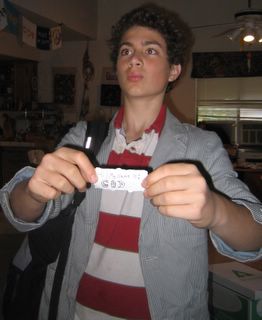 Dear Son Zach who went as "Hi, My name is GOD" . No one got his costume. Several were offended. But that was what he decided on, after watching the movie Dogma. 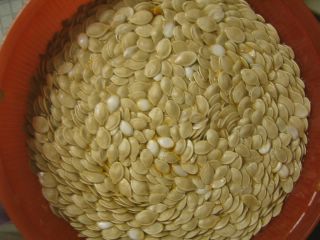 Here's my favorite picture from Halloween. The pumpkin seeds, soaking in saltwater. This year was the best ever, I used three kinds of salt when they were in the cooking tray, regular, Sea salt and Japanese salt. yummm.
I am bummed that I didn't get a pic of myself. I bought a new witch hat finally, and it looked rather nice, plus I did a good job on my makeup. Oh well. maybe next year!
Posted by Julie Zaccone Stiller at 11/07/2006 09:37:00 AM

Ok - So I may not have gotten Zach's either - but maybe he needed some skeeball tickets? Please tell Alex - that he is truly demented!

Why do you soak your seeds in salt water? Don't you add the salt on top of them when you cook them? Better soaked?

And I want to see the hat - put it on a take a picture - PLease?